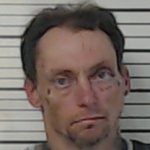 HENDERSON COUNTY — A suspect has been taken into custody after shooting at a Henderson County deputy early Thursday morning. According to our news partner KETK, the shooting happened in the Eustace area around 3 a.m. following an attempted traffic stop. The deputy was struck in the foot and leg. He was taken to a Tyler hospital for treatment and released a short time later.  Jack Cody Raburn, 40, of Kemp, was eventually located on the roof of a house. He was said to be in possession of a handgun and shotgun. Raburn has been charged with unauthorized use of a motor vehicle, possession of a firearm by a felon and attempted capital murder. The Texas Rangers have taken over the investigation.