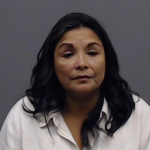 SMITH COUNTY — A trial date was set for a former Smith County elections administrator that is accused of tricking two employees into drinking colon cleanser in April of 2021. According to our news partner KETK, the trial date for Denise Hernandez is set for March 9, 2022. Hernandez was charged with two counts of assault causing bodily injury for allegedly giving the employees colon cleanser and claiming it was a “Spark” energy drink, said the Smith County Sheriff’s Office. Hernandez was the supervisor of two female victims that she allegedly gave colon cleanser to in a cup. The women said they were given a cup with a pink liquid by Hernandez, and the two women consumed the drink. The Smith County Sheriff’s Office said that Hernandez asked the women if they finished the beverage and then showed them a bottle of colon cleanser and made fun of them for drinking the product.

The women were in pain after finishing the drink and investigators said that when they returned to the office, Hernandez continued to laugh at them for drinking the colon cleanser. On May 26, 2021, two arrest warrants were issued for Denise Hernandez for assault causing bodily injury, a class A misdemeanor, with a bond of $10,000 on each charge.