Smith County agrees to pay $500,000 settlement to family of man who died in jail 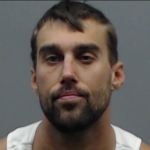 SMITH COUNTY — Smith County agreed to pay a $500,000 settlement to the family of a man who died while in custody at the Smith County Jail. According to our news partner KETK, 32-year-old Teddy Parker was booked on a public intoxication charge on May 14, 2017. About half an hour after he was booked, he was carried out unconscious on a stretcher. He died two days later. The city of Tyler has since paid $300,000 to settle its portion of the lawsuit. Now, Smith County will pay $500,000 “for the purpose of terminating and preventing involvement in litigation based on the incident of May 14, 2017.” The settlements are not an admission of guilt. None of the jailers or police officers have been found guilty of doing anything wrong. A medical examiner concluded that “the toxic effects of methamphetamine” killed Parker. The medical examiner ruled the cause of death as “accident.”