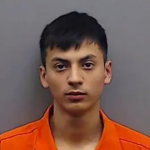 TYLER — A Tyler man accused in a crash that killed a Tyler Legacy High School senior told police he had six cocktails at a local bar before the collision, according to a warrant obtained by our news partner KETK. After first facing a lesser charge, Jason Charles, 24, is now charged with intoxication manslaughter. Victim Lilly Thornburgh was taken off life support three days after the January 14 wreck. Charles was initially uncooperative with paramedics at the scene and when one asked him to tell the truth, he replied, “No,” according to the documents. The warrant says an officer on the scene said Charles was “unsteady on his feet, had an altered mental state, made rambling statements that did not make sense, had slurred speech, and was very emotional.” It also says the officer smelled alcohol on Charles’s breath.