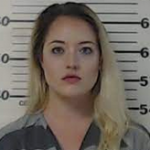 ATHENS — A former Athens ISD teacher arrested for allegedly having an improper relationship with a student was ordered by a judge to not have contact with the student or use social media. According to our news partner KETK, 392nd District Court Judge R. Scott McKee established Kirkland’s bond conditions. Kaitlynn Bethany Kirkland, 25, of Athens, was arrested on July 17, 2020 and charged with having an improper relationship with a student and tampering with evidence. She was released from the Henderson County Jail after paying bonds that totaled $14,500. Kirkland was indicted solely for the charge of tampering or fabricating evidence. The former teacher is also scheduled to be in court on Nov. 10. Administrators were first made aware of the allegations against Kirkland in November, according to a post from the district, and they cooperated with the investigation.